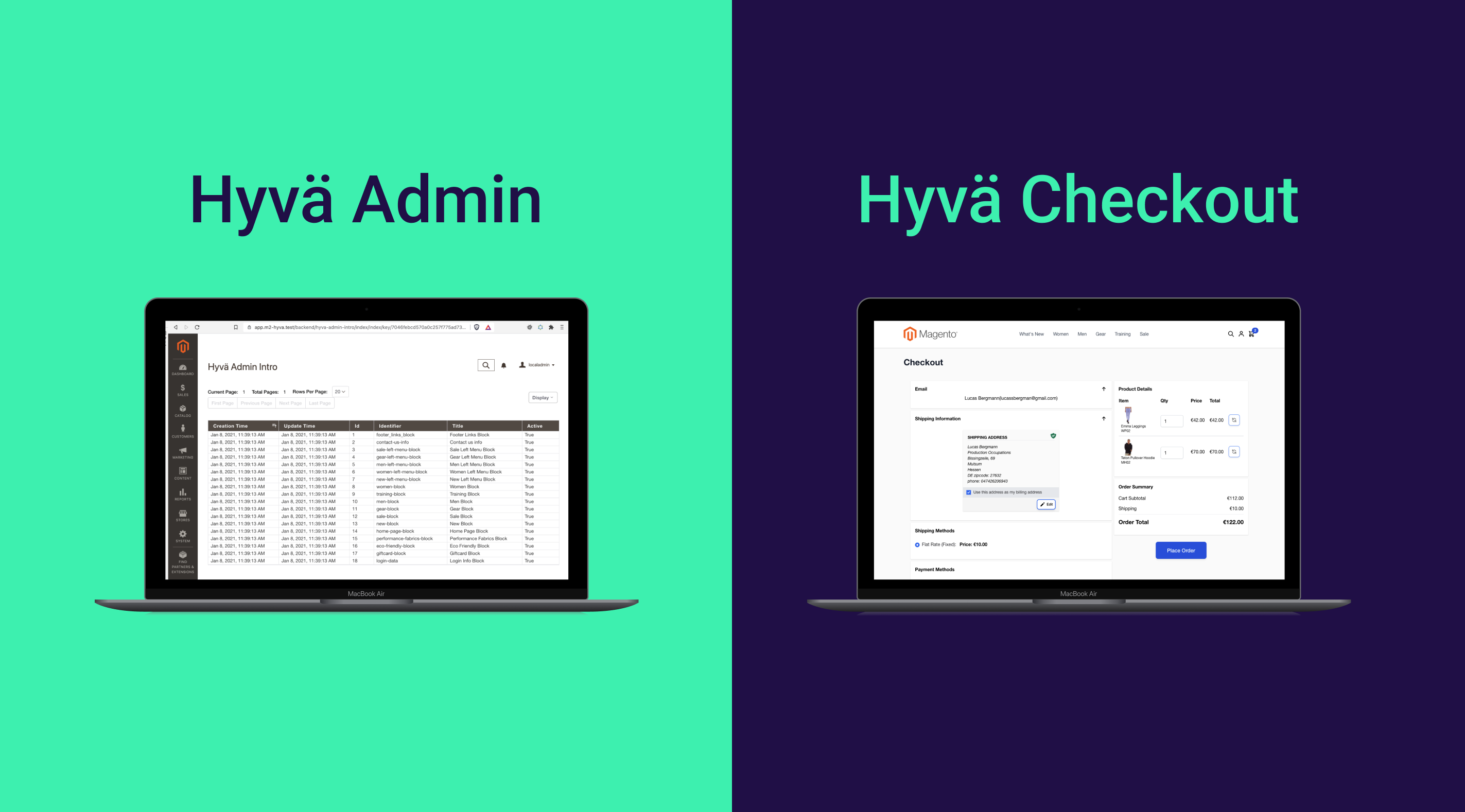 Hyva is a Finnish word that means desirable, advisable or simply “good”. It was invented by Willem Wigman and later passed the baton to integer_net. The core product of Hyva is Hyva Themes which is a new frontend theme for Magento 2. Most of the ecommerce enthusiasts are now familiar with Hyva Themes which is considered as a PWA alternative. Hyva Theme replaced most of the JS libraries with Alpine.js and used Tailwind CSS to give a user-friendly interface and experience.

The Hyva admin module helps the user to create grids and forms in the Magento admin area without using UI components. It is an independent module and does not require Hyva themes as store frontend. The module eliminates developers’ problems with Magento 2 UI components and uses very simple steps to create complex admin grids in Magento 2.

Just like Hyva themes, Hyva admin also uses Alpine.js framework to render the admin grids where a user can create an admin grid using a few XML codes. Hyva admin grid APIs are stable and are used in production whereas form generation using the Hyva admin module is still work in progress. The progress can be tracked on github.

The module can be installed via composer using the following command :

If you want a basic grid to be created on Magento admin while installing the module, please use the following command :

Hyva checkout module uses modern javascript library to provide a fast checkout experience to the customers. It replaces the default checkout and loads the react checkout. Hyva checkout is compatible with luma based themes, hyva theme and even use this with a headless approach with some modifications. The module contains a react app which replaces all default UI components with React components and uses GraphQL services in Magento. It depends on the following two variables in localstorage:

Shipping methods are also rendered as radio options in the checkout, but the rendering behavior cannot be customized like payment methods as of now.

The module can be installed via composer using the following command :

You can install via github – The company periodically tweaks its algorithm to provide the best personalized content for its users. The algorithm decides which videos to recommend and where to place that video for each individual user.

Until 2012, the view count was the major criterion for sorting videos. This strategy was not entirely foolproof as YouTubers began misleading viewers by giving false video titles. As a result, videos with good quality content never got the expected attention from the crowd, which adversely affected advertisers and brands.

From 2012 to 2016, the algorithm was revised in order to favour view duration and session times. YouTubers now began to create longer videos instead of quality content. By 2016, YouTube had introduced artificial intelligence and machine learning to the algorithm helping it provide better results to the end user.

In the beginning of 2019, YouTube removed their support to ‘borderline-content’, which are content that is very close to – but are not – crossing the company guidelines. The ultimate aim of the YouTube algorithm is to help viewers find the video they are likely to watch. YouTube mainly places videos in the following areas based on the algorithm.

SEARCH The YouTube search engine is considered as the second most widely used search engine in the world. The videos are listed by comparing the search query with the title, description, tags and other keywords of the video. It also takes into account the videos which have more engagement for a search query

SUGGESTED VIDEOS Suggested videos are shown on the top right end of the watch page and is a collection of videos that the user may be interested in viewing next. These videos are filtered by considering the viewers’ watch history, related videos and past search queries.

HOME Home is the first and the most viewed page on YouTube. Homepage consists of videos that are listed based on recent uploads, user watch history, subscriptions, and watch behaviour of similar viewers.

TRENDING VIDEOS Trending videos (a.k.a. viral videos) are the videos that are most popular in the users’ country or their region. This list is not personalized and is updated every 15 minutes. The following factors decide which videos have to be in the list.

Viewers can subscribe to a YouTube channel so that whenever a new video is uploaded, they are notified. These videos are also listed on the websites’ subscriptions tab. YouTube features like end screens and notations can be used to increase the subscriber base of a channel.

The points that I have mentioned above will hopefully give you a clearer picture about how videos are placed or rendered in different regions of youtube. But it doesn’t mean that the YouTube algorithm is fully revealed, as it still remains a mystery. Moreover, the company regularly updates its algorithm for improved results. In this article, I have covered less than a fraction of the vast universe of YouTube. I will come up with more interesting YouTube insights in my future articles.